On too long a lead: how your lifejacket harness could kill you

This was a possibility that was highlighted in the 2012 Marine Accident Investigation Branch report into the death the previous year of experienced racer Christopher Reddish.

He fell overboard doing a night-time sail change on the foredeck while taking part in the RORC’s Morgan Cup Race.

Another factor was the fact that no-one knew for sure which part of his lifejacket was the lifting loop, leading to difficulties recovering him, and that the inflated bladder rode up over his face. By the time Reddish was retrieved – and remember he was close at hand, still atttached to the jackstay – he had drowned. 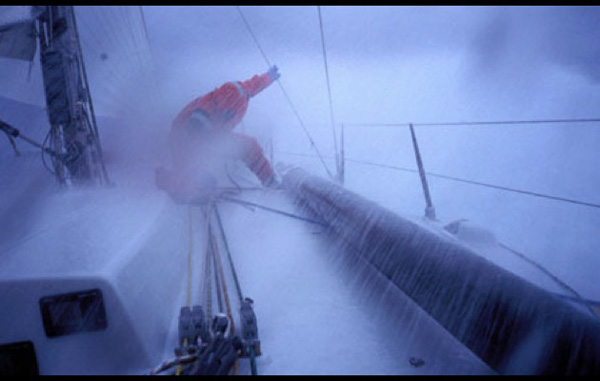 The incident led to a full scale Marine Accident Investigation Report, which was published here, and some important recommendations. But when we examined the issues I also felt that manufacturers of lifejacket/harnesses aren’t doing enough to standardise vital features and that there are pressing issues of user familiarisation.

Now, to be quite clear about this (and notwithstanding the shock and awe opening sentence), I’m not saying – and we’re not suggesting – that a lifejacket is something you should avoid, a killer device in itself.

On the contrary, it’s obviously a potential salvation but there is now abundant evidence that if you go overboard still attached to a boat, the lifejacket/harness combination most of us use can drown you.

There have been numerous, and still mounting, cases of sailors who were wearing lifejackets and harnesses, so thought they were safe. Yet they drowned after going overboard when other crew who were not wearing them survived.

The main point is to use a short tether when possible so that if stretched to its maximum extent from the jackstay it will not allow you to be washed overboard. Because if you do go over, the biggest problem is being towed along, or even trapped alongside.

How you use your tether and your familiarity with your lifejacket is what could save you. Very important is understanding which part of the lifejacket is the lifting strop, loop or handle – unfortunately, it’s not always the most obvious part and to my horror I realised that I had misidentified it on mine.

To make the point that the case above is far from unique, here are some others that underline the points strongly:

•In 2003, the skipper of a 36ft yacht on an intensive 13-week Yachtmaster course was washed overboard while still clipped on. The yacht was approaching harbour at the time and the crew were unable to recover him. The yacht surfed onto the beach and broke up. The skipper suffered cracked ribs, but survived.

•In 2007, a wave carried one of four crew on the foredeck of a yacht overboard while doing a sail change. He was clipped on with a long lifeline. Despite the yacht being hove-to, the crew were unable to heave the MOB on deck and he slipped from his lifejacket into the water. He was recovered. The lifejacket waist strap and thigh straps were found to have released during the recovery attempt.

•The skipper of a Contessa 32 wearing a lifejacket and clipped on was washed overboard in 2011 while entering port and handing the mainsail. The crew were unable to get the skipper back on board. A lifeboat crew called for assistance was able to recover him.