Lippy from the Liffey: Eddie Jordan on the trials and tribulations of private jet ownership

2016-12-29
Tag : Lippy from the Liffey, Eddie Jordan, on the trials and tribulations,private jet ownership

As part of the Formula 1 jet set, Eddie Jordan spent almost as much time in the air as he did at the racetrack. And the high life brought its fair share of high jinks...

There’s an old adage applied to boat ownership that works just as well if you have a private jet – the two best days are when you buy it and when you sell it. Back in my Formula 1 days, there was no such thing as NetJets or anything like that so if you wanted to get home on the Sunday night after a race, you had to have a plane.

But there was another huge advantage for me. I was continually changing drivers and sponsors, so I used my jet to get to sponsor days and events, and the endless testing days. I even used it to ferry spare parts to keep the cars going when they broke down. 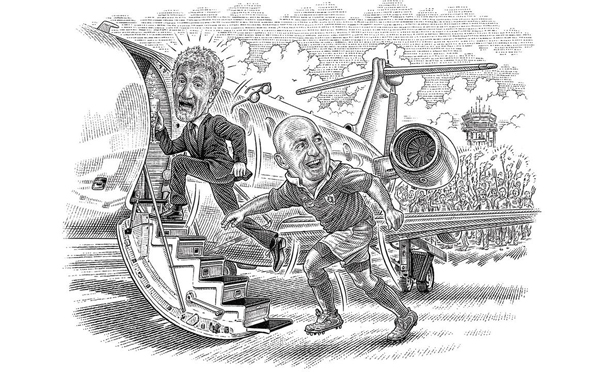 The high life led to plenty of high jinks for Eddie Jordan. Illustration by David Hopkins.

I had use of a helicopter then as well and when I had Deutsche Post as a sponsor, I used to land on top of their building in Düsseldorf. So I could be in Düsseldorf in the morning, Peugeot in France in the afternoon to talk engines and then Bologna or maybe Lugano in Italy in the evening to discuss drivers with Ferrari. Alesi, Schumacher, Fisichella, Irvine, Barrichello – all these guys started at Jordan and went on to drive for Ferrari.

After each race there was a bit of a contest to see who could get their jets back to Kidlington airfield in Oxfordshire quickest, since that was where a lot of the racing community lived. It’s a really short runway with a big chimney just on the approach, which can make you catch your breath sometimes. Getting out of La M?le in the South of France is interesting too, because you take off and then suddenly there are these massive mountains in front of you.

My hairiest moment involving a private jet actually happened in Germany. I had just sacked Heinz-Harald Frentzen, the local boy, just before the German Grand Prix and the fans wanted to kill me. Luckily I was there with the Irish rugby player Keith Wood and they all thought he was my bodyguard, which probably saved me. 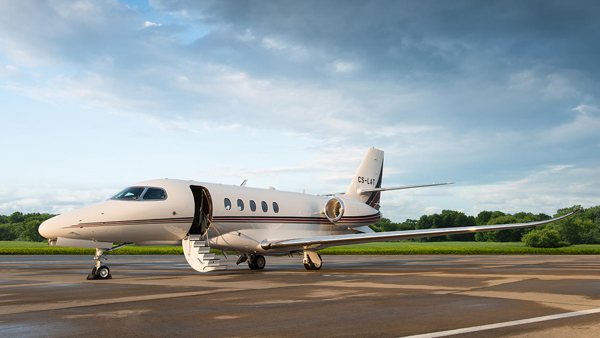 With the proliferation of chartering and fractional ownership companies, it’s easier to get around than ever before. And now there’s 21 races in the F1 calendar, you’re away for more than 100 days in a year so if you want any kind of home life, a plane is essential.

My big wake-up call that I was spending too much time away back in the racing days was delivered by my eldest daughter, Zoe. We were having an argument and I said: “Hang on Zoe, I’m such a good dad.” And she replied: “Dad, you’ve only just turned up.” It’s things like that from an innocent little girl – it was like a dagger to my heart. Kids don’t care about the business or how well it’s doing, what they need is time. So getting a jet was a no-brainer.

The funniest moments I’ve experienced on private jets have been returning from races. I remember myself, David Coulthard, Nico Hülkenberg, Nico Rosberg and Felipe Massa were on a plane coming back from Russia and it was absolute carnage. I can’t tell you too much, although a few videos have escaped. It’s always fun to get a bunch of like-minded drivers or TV guys together, and everyone’s letting off steam. It creates an atmosphere of “Hey, aren’t we lucky” and they all just let go. I’ll leave the rest to your imaginations, but I will reveal that David Coulthard is a great travel companion, in all sorts of ways. I’m saying no more than that.

Eddie Jordan’s fee for this column has been donated to charity.