Book it now: Only Watch 2017 at the Monaco Yacht Show 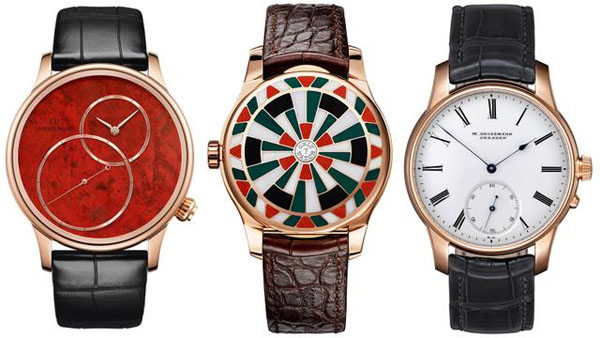 The biannual Only Watch charity auction showcase will return to the Monaco Yacht Show this September as the first stop on its world tour before heading to Bangkok, Singapore, Dubai, Istanbul, Taipei, Hong Kong, New York and LA ahead of the auction in Geneva in November.

Bringing together some of the world’s finest watch brands, the auction is organised by Christie’s under the patronage of His Serene Highness Prince Albert II of Monaco to raise money for the Monaco Association Against Duchenne Muscular Dystrophy. Since the debut edition in 2005, Only Watch has raised over €25 million to fund the charity’s scientific and medical research programmes and hopes to build on that with another successful edition in 2017.

Located in the Upper Deck Lounge, the Monaco Yacht Show will represent the first opportunity to view this year’s collection of watches. 50 brands are so far confirmed to take part with many offering limited edition or one-off pieces combined with a unique opportunity to experience an event closely associated with its heritage.

So what to look out for? Glaschutte-based watchmaker Moritz Grossman is offering a double lot comprised of an Atum pocket watch made circa 1875 and its modern wristwatch equivalent (pictured above right) along with an invitation to go behind-the-scenes at the company’s Dresden headquarters and visit the German School of Watchmaking. Those who like to combine horology with fashion, however, may be tempted by Chanel’s offer of the house’s iconic J12 with diamonds on a unique Lesage embroidered cuff which will also act as a highly coveted ticket to the brand’s AW18 fashion show.

Elsewhere Blancpain are promising the winner of its Fifty Fathoms timepiece the chance to learn to free dive with world champion Gianluca Genoni while Louis Vuitton’s Black & Fire Escale Spin Time will come in a personalised leather trunk along with an invitation to visit the brand’s workshop and dine at the Louis Vuitton family house with master watchmaker Michel Navas and vice-president Hamdi Chatti.

The Only Watch 2017 showcase will take place in the Upper Deck Lounge at the Monaco Yacht Show from September 27,30, 2017. Visit onlywatch.com for more information.