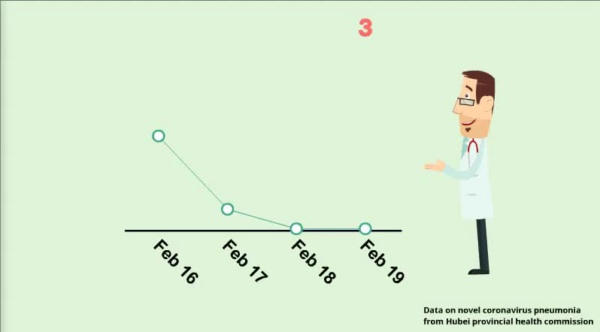 The total number of the confirmed cases in the province climbed to 62,031 as of Wednesday midnight, it said on Thursday morning, adding that 108 new fatalities were seen on Wednesday, bringing the number up to 2,029.

Wuhan city, the epicenter of the outbreak, reported 615 new confirmed cases on Wednesday, followed by five new cases in Xiantao, three in Shiyan, and three in Suizhou, as well as two in Xiangyang. The other 10 cities in the province have seen a drop of 279 cases from the previous confirmed cases after re-examination.

A total of 3,456 suspected cases were reported as of Wednesday in the province. Among them, 3,334 cases have been under centralized quarantine, it said.

The province also reported 1,209 new recovery cases on the same day, bringing its total recovery cases to over 10,000 for the first times. By the end of Wednesday, a total of 10,337 patients in the province have been released from the hospital after recovery, according to the commission.

A total of 43,745 people infected by the virus are still under medical treatment in the province, including 9,128 people with serious symptoms and 2,050 in critical condition, the commission said.

Health authorities in the province have traced 214,093 people with close contact with patients, with 65,525 of them still under medical observation, according to the commission.